Investors Want These Marijuana Stocks To See Better Trading In 2022

How to Design a Beautiful Cannabis Retail Space On Any Budget

How full-spectrum, broad-spectrum, and CBD isolate are differentiated

Top Marijuana Stocks You Should Know About In 2022

A group of leading Senate committee members has issued a message to the chamber. This letter that was sent to the chamber was in regards to adopting language from a Defense bill. Which the House has recently passed. This defense bill has a cannabis measure that would protect banks that work with MRB’s

As mentioned above the House has already passed the National Defense Authorization Act (NDAA) in September. Along with an amendment that would stop financial institutions from being penalized by federal regulators. Particularly for just working with marijuana companies that are legitimate in legal states.

Currently, five members on the Senate Armed Services Committee stepped forward The group is urging leadership to assure that the final package keeps the same language. Especially before the measure is sent to President Joe Biden for his signature.

Led by Sen. Jacky Rosen (D-NV), the letter states that “financial institutions are often reluctant to transact with cannabis-related businesses, even in states that have some form of legalized cannabis, due to legal and regulatory risks arising from inconsistent federal and state laws.” 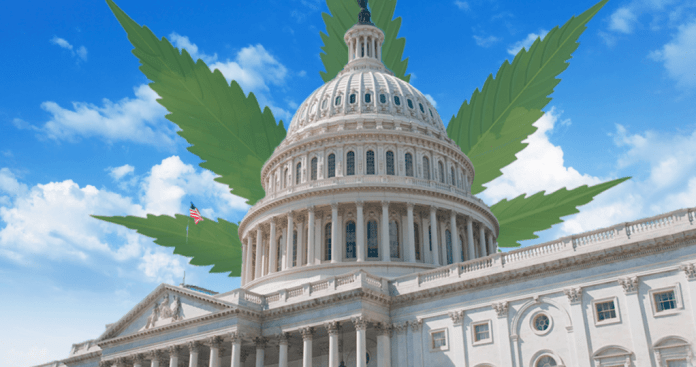 Pushing For The SAFE Banking Act To Pass In 2021

The SAFE Banking Act has been passed in various forms in the House five times already. However, it’s so far failed to make its way through the Senate. Stakeholders have remained positive that the chamber would pass the legislation with the Democrats holding the majority. Yet some key members like Senate Majority Leader Chuck Schumer (D-NY) have insisted on passing comprehensive legalization. Such as a reform bill he’s finalizing—first.

That said, Schumer has signaled that he’s open to enacting banking reform through NDAA if it contained social equity provisions. 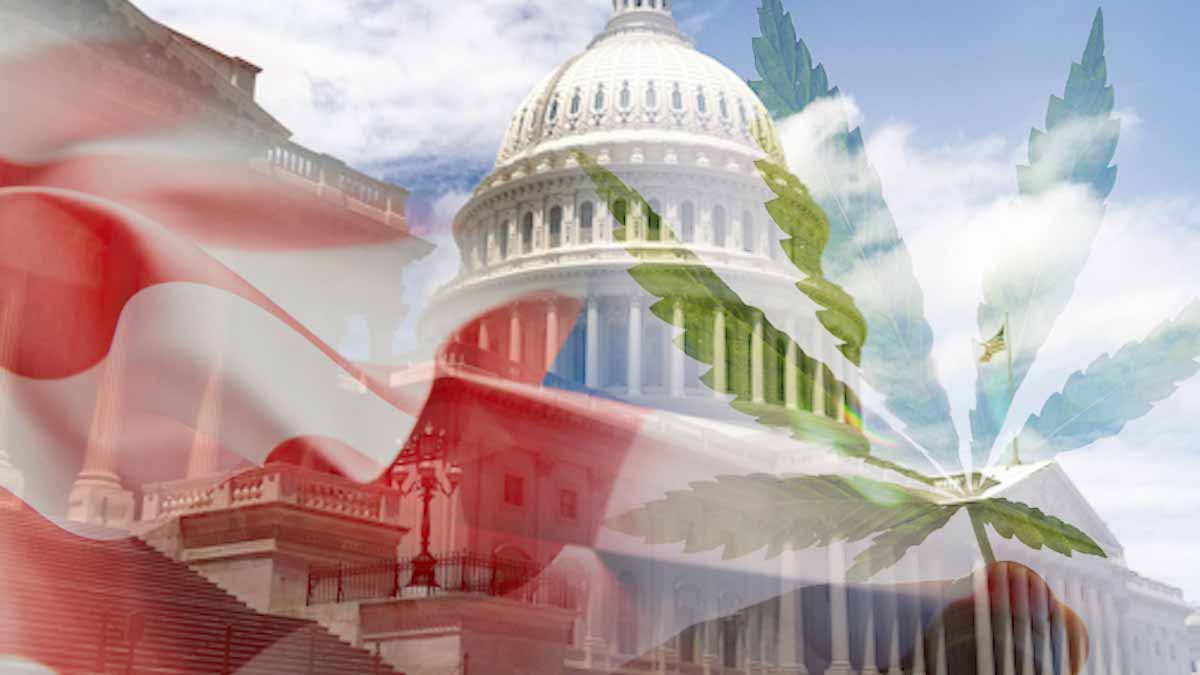 “The bill’s list of co-sponsors is also bipartisan in both the House and the Senate. Given the demonstrated broad support for this measure, we ask you to ensure that the text of the SAFE Banking Act remains in the forthcoming final conference version of the FY22 NDAA by the Senate receding to the House of Representatives on Title LIV of H.R.4350 (Sections 5401 through 5415),” the new letter concludes. “This will help cannabis-related businesses, create jobs, and strengthen public safety in our communities.”

So far the Senate has not yet passed its version of NDAA. Although after it happens, a bicameral panel of mediators will be appointed to reconcile the differences. Particularly between the measure and the one the House has currently passed. It will be up to that conference committee to determine whether the cannabis banking language makes it to Joe Biden’s office.

Final Thoughts Of Cannabis Banking Passed Through The Defense Bill

In early November, a bipartisan alliance of 24 governors urged congressional administrators to enact marijuana banking. Which would be done through large-scale defense legislation. A group of small marijuana business owners also recently spoke on the matter. These business owners claimed that the incremental banking legislation could help support social equity efforts.

Rodney Hood, a board member of the National Credit Union Administration also shed some light. Mr. Hood said it makes the most sense for government agencies to resolve banking complications now. Yet, an official with the Internal Revenue Service stated back in October that the agency would like to “get paid,”.

In addition to it helping the marijuana industry gain access to banks like companies in other legal markets. Which would also help to comply with tax laws. Federal data shows that many banks remain hesitant to take on cannabis companies as clients, however, which is likely due to the fact that the plant is a strictly controlled substance under federal law.

Next Are You Celebrating Danksgiving? - Cannabis Life Network

An Updated Cost Guide to Your Favorite Edibles

Things to Consider Before Expanding Your Cannabis Business Into Multiple States

How to Design a Beautiful Cannabis Retail Space On Any Budget

The Omicron COVID Variant and the Marijuana Industry: 5 Key Questions

Top Marijuana Stocks To Buy In 2022? 3 To Watch Mid-March For Your Long-Term Portfolio

The Green Rush Isn’t So Green

Why More and More People Are Using CBN

Opinions expressed by Entrepreneur contributors are their own. Cannabinol (CBN) is the latest chemical ingredient in cannabis to find its way into new products. Although scientists have conducted relatively little research on CBN, the cannabinoid has captured the attention of the cannabis industry because of its potential. Early studies and anecdotal evidence show that CBN …

Top Marijuana Stocks To Watch At This Very Moment Right now most marijuana stocks are starting to see an uptick in trading. Now as most can see this rise is mainly due to the current push for federal reform. Between SAFE banking having another chance to passed and Chuck Schumer giving an update on his …

Ancillary Marijuana Stocks For Your Watchlist Before April

Cold Front Coming – How to stay warm without power

A severe weather warning has been issued for Western Canada, as a cold front is headed our way. Temperatures are predicted to drop anywhere from ten to twenty degrees below the average. The forecast is calling for snow and high winds, and it’s expected to last until Sunday. This Christmas, expect a cold, windy blizzard… …

This story originally appeared on Benzinga The planning board in the Town of Wawarsing in Ulster County, New York has approved plans for Valley Agriceuticals LLC, whose parent company is Cresco Labs, to build a 380,000 square-foot marijuana facility, reported the Westchester Business Journal. DiegoMariottini | Shutterstock The facility, which will have an area of 6.5 professional football fields, would use about 98,000 …

All about Cannabis – A Psychoactive Medicinal Drug