How Is Curaleaf’s “Rooted in Good” Social Impact Program Going?

3 Marijuana Stocks To Watch The First Week Of March

Top Marijuana Stocks To Watch Before The Start Of Next Week

Weed Tourism Is On the Rise For 2022 and Beyond

Many have wondered why marijuana stocks have started to see a jump in momentum. Over the last several weeks some top publicly traded cannabis companies have seen a bit more trading consistency. The reason for this is the current excitement surrounding cannabis reform. For some time many states have been pushing to legalize cannabis in some form. Currently, we have 19 recreational states and over 35 that legalized medical use.

This makes for over half of the united with some form of the legal cannabis market. However, with the lack of federal reform cannabis stock investors have been waiting to hear more progressive news on the matter. For some time now many have been on hold as the cannabis industry has been hard at work trying to solve the prohibtion and marijuana banking issues in the United States. At the moment there are several federal reform bills being worked on.

In recent news finally, Chuck Schumer Cory Booker, and Ron Wyden have released their federal reform bill. With this comes a lot of opposing opinions from other political figures in a time when cannabis is a popular subject and industry. This new bill covers various issues about the framework and laws in the cannabis industry. The overview of the bill is it would decriminalize weed. As well as add new taxes and FDA regulations, and expunge federal criminal records. This release happened on Thursday and so far it has been a major topic of discussion. The official name of this bill is the Cannabis Administration And Opportunity Act.

What If The Cannabis Administration And Opportunity Act. Becomes Law?

There is a conversation spreading that even with how well the bill is there are 60 senators that don’t support making cannabis federally legal. Which is not just Republicans but Democrats as well. Still if in the event this bill does pass many major changes will take place. If federal prohibtion was not an issue it would allow for other global cannabis markets to conduct business in America. Not just that it would also mean that with cannabis no longer a federal concern that financial institutions would be able to work with legal cannabis businesses.

Also, this could lead to an increase in public consumption similar to Alchohol or tobacco. Which Nevada is currently trying to do within state limits. Right now many states have their own legal market but would be more efficient through the passing of a bill like this. Yet with how it stands there is much more to be seen and done until cannabis prohibition is no more in the United States.

[Read More] Here Is What’s New In The Cannabis Industry

What Does This Bill Mean For Marijuana Stocks?

Over the last year or so when positive news on federal reform or cannabis banking is released most marijuana stocks rise. The anticipation of what could happen leads to a fair amount of speculation. There are many who feel that once some type of federal reform becomes law in America it will set off a major run. Now, this is not a guarantee yet as mentioned above history has shown that more times than not trading begins to rise. 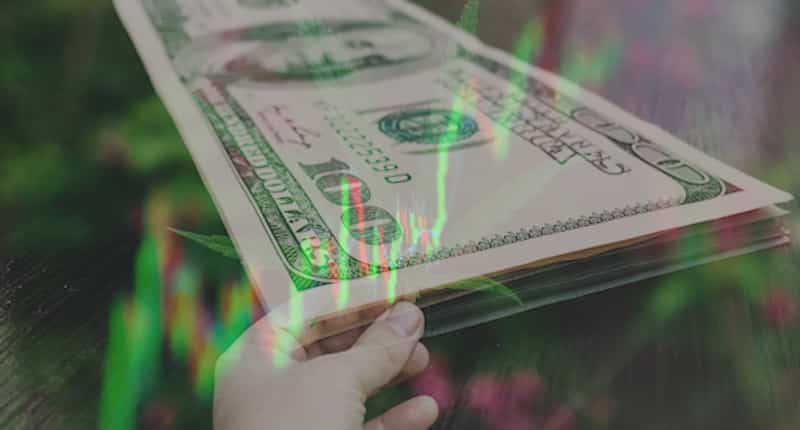 But even if the short uptick pattern continues. Finding marijuana stocks to buy on the pullback could be beneficial for future trading. So it seems as if things are pushing in the right direction. Plus many feel the passing of federal legislation will be good for the sector. As well as the industry as a whole.

Previous Puerto Rican Recreational Cannabis Market Could Be Worth $500 Million

Top Canadian Marijuana Stocks On The Nasdaq In June

6 Cannabis Strains to Help You Relax and Chill Out

3 Top Marijuana Stocks For Your Watchlist Next Month

How Cannabis Cultivators Should Plan for Federal Legalization

Opinions expressed by Entrepreneur contributors are their own. While it’s more common to get hooked on narcotics, alcohol, and drugs like cocaine, according to the National Institute on Drug Abuse, there is such a thing as marijuana or cannabis use disorder (CUD). It’s when smoking marijuana causes physical, emotional, or social problems. It’s only considered …

The Consequences of Elon Musk Smoking Weed With Joe Rogan

This story originally appeared on Benzinga Tesla Inc. CEO Elon Musk said his 2018 pot-smoking incident on the Joe Rogan podcast came with consequences for SpaceX, a company he also heads. FREDERIC J. BROWN | Getty Images What happened “I did get a lot of backlash,” said Musk, while appearing on the Nelk Boys “Full …

This story originally appeared on Benzinga The CBD dedicated portal, Leafreport, released a new study revealing that only 7% of CBD brands test for pesticides, heavy metals, and microbes, compared to 6% in 2021. Shutterstock In this research, the company reviewed 4,384 products from 188 CBD brands to evaluate the state of transparency in the …

Will The DEA Reschedule Cocaine Before Marijuana? Find Out More

Cocaine Vs Cannabis Which Will Be Rescheduled First? The Drug Enforcement Administration is working to reschedule a controlled substance that’s derived from cocaine. This all came to be following the DEA obtaining a petition for the policy change. The concern behind this is it’s the type of action reform advocates want to see with cannabis. … Top Cannabis Stocks For 2022 Presently, are you looking for the best marijuana stocks to buy in February? At the present time, most of the top cannabis stocks continue to experience some upside this month new investors are trying to find pot stocks to invest in. In the US delays with establishing federal cannabis, reform …